The innocent girl born and brought up from a middle class family looks charming and beautiful in heart, suddenly happiness came to there family like a news of getting job from one of the greatest Multi National Companies but sending women’s for the Job is still a untouchable feet in her family like few families in India. Even though, her father decided to never cut his daughter’s wings. “The secrete to happiness is freedom” the father of that girl knows very well. Like father, like daughter knows that “The secrete to freedom is courage”.

She took the bold decision in front of mirror, while talking to herself finally decided to join in that MNC. Finally stepped into the big step, joined in her nearby hometown training centre of that MNC with plethora of positive thoughts to succeed in life.

The office working hours was shifts based. So employees should have to work for 24/7 hours, continuously based on rotational shifts without hestitation. The girl met two new friends inside pg and found that, they both are working in same company she joined previous day. After that incident all three of them used to smile at each other. After few days become close friends and started to roam around the city at weekends. They never used to be alone. 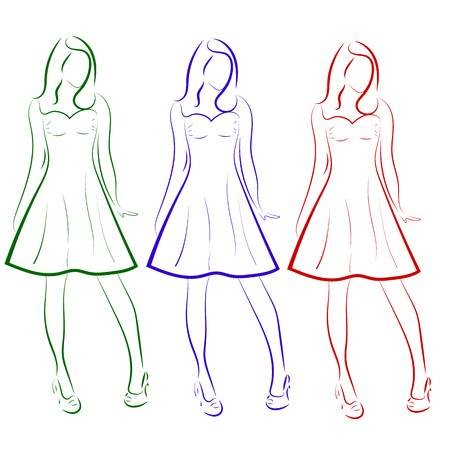 One day, the boy wores white shirt and blue jeans with sneakers approached the girl for doubt in project, he was nothing but a project mate of that girl works in the same project. Later the boy called her name slowly and asked something not related to the project. She fought with him and said don’t speak about personal things in the office time, by shutting the door forcefully.

As usual girls never used to talk with guys they fought before, like that she followed same rule. But situation arises like to meet the boy again because manager of the project, asked that girl to work with the team including that boy in that project. “Always expect the unexpected” moment came to realization. She has no other way, and accepted to work with him.

The girl and boy individually does their task even though working in same client project. As day passes by, the manager calls for project meet on Monday morning 10 am he found that task done by girl not required for the project requirements and started to scold in front of the whole team. Later she realized the project work needs team work.

She spoke with that boy politely for the first time, after a fight, like “please help me to get out of this risk” and luckily already boy made tasks related to that girl by analyzing her slow performance. So boy shared his work done in shared folder, due to that girl downloaded all tasks in her desktop checked the test conditions everything was properly worked without errors. Now she realized that she wrongly thought about him and scolded herself in selfie cam.

The boy was very polite and good in nature so everyone used to likes him. The girl also started to like him. Firstly, they started to eat together. Then chatting each other through social mediums. Later they went to movie theater for watching Hollywood movies. Slowly she forgot the rest of the world including two girls.

The girl went to tour with her projectmates on long weekend. The other two girls of the same company not able to contact her that created gap between them. One night of the weekends, boy kissed the girl passionately that was seen by others without the knowledge of that couple. She was not objected what happened there because she wants him eagerly.

“Tok tok tok” knocking sound came it scared the boy huge because the girl was present inside, so he opened the door slowly, all the projectmates stands outside for going outing. They both not prepared to go out. So the boy requested all others to leave them alone. Others remained silent and went away. The boy kissed on the girl forehead and said “he will be there forever” with her. She blindly believed whatever he said.

Four months later, the girl called the boy and told the shocking news, that she was pregnant he don’t know how to react for that, he asked her to come for hospital to abort the baby, still she believes him. So she accepted to abort the first baby, after the incident few days he stopped to talk with her.

Then one day the news reached the parents of that girl and first they not believed what they heard slowly they started to believe the “unbelievable” news and the father of that girl poisoned himself to save his family respect from the society.

“Big glass fell down” it’s a juice glass all the girls stood silence, this was the story created by the other two girls in front of whole pg girls. The main reason is misunderstanding with the girl newly joined in that pg, what really happened is the boy drunk and fell down on the roadside, the girl helped him with projectmates to reach his home.

What you hear is wrong,

What you see is wrong…”

One teen-aged guy named Agni in front of fire brick work smokes cigarette with rigorous face by sitting in the 350 CC engine Royal Enfield bike weighs around 200 kgs and his father worshipper of Sun god so he named his son as agni.

Ekamba working in the swamp farmland looks tall in size. Having slurry(mud) and sludge in his full body receiving the phone call in delighted way from his friend Agni. On the other end Agni asked him to come for the meetup with other friends on the park. By wiping mud in the face, Ekamba said a big yes for Agni.

“The fish in the water that is thirsty needs serious professional counseling” as born fisherman Jambu doesn’t know how to catch the fish in ocean. Luckily He got countless fishes by trawling sea and after reaching home his mom remembered about the phone call of Agni. Then Jambu redialed Agni for what was the reason he called for, after 2 rings Agni attended the phone call and said we will meet near Churchill statue for Meetup with friends. Jambu replied with okay.

Vayu does air filler job for surviving in the gas station. He fixed 50 range in the machine for filling the air in bike back tyre for one customer. Suddenly got a call from Akasha, Vayu unknowingly pressed “start” button by thinking something in his monkey mind, due to that air busted out customer irritated with vayu’s behaviour then he was not able to attend the phone call of Akasha. One message popped out from Akasha that “Meetup on the Park exactly at Sunday on 13:00 hrs so come to Churchill statue”.

Akasha pursuing air hostess course in famous “Skyline Aeronautical Institution” in the city where he lives. Because his ambition wants to become pilot from the childhood by seeing flights flying above his home but secured less marks than required for aeronautical engineering admission so he tries to fullfil his half dream.

All five boys gambled together to roam around the city for the fun activities on Sunday as they planned all reached the beach road near Winston Churchill statue.